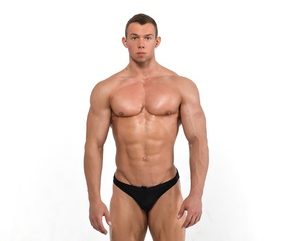 By the time a man has made an appointment with me to discuss erectile dysfunction, he’s often already convinced he has a testosterone deficiency or some other organic problem. Yet while low hormone levels certainly can affect erections, it’s usually a question of confidence or performance anxiety that is the cause of penile problems with these men, particularly those in their 20s, 30s and 40s. If in doubt, I will refer them to a sympathetic GP where they can have their testosterone levels checked. Sometimes a drug like Viagra or Cialis or Levitra is prescribed and can assist with confidence. Then they can get back in touch with me and return for an honest and non-judgemental conversation about sex.

Technology is driving both improvements in health care and the way we communicate with others. Sure, it’s changing the world in positive ways, but I’d question whether these changes are always for the better. So called geosocial networking apps like Grindr and Blendr now make it possible to organise sex with someone without ever having met them in person. But how does the body catch up with what the brain is thinking? Short answer, it doesn’t always catch up!

In a world where we are simultaneously told ‘sex is dirty’ and ‘save it for the one you love’, organising sex-dates on a smartphone is developing into a cultural norm. Young men are encouraged to be alpha-males whose social standing derives in part from sexual performance and in part from relative youth. Is it any wonder that both sexually inexperienced and mature guys get performance anxiety when it comes to sex? The body just isn’t always ready or comfortable with what the brain is telling it to do. And why is that so shameful? Are we not also our bodies, our sensations and emotions, as well as the thoughts that drive us to use an app like Blendr or Grindr?

For some men, the difficult relationship to the body extends beyond an antagonistic approach to his penis (it’s not doing what I want it to do!) but also to his general appearance or size. This can be a kind of anger with the body (body, you aren’t what you should be!). For some, ‘not enough’ becomes a kind of private mantra. This isn’t just appreciating the results of working out regularly at the gym, being active or playing sports but the preoccupation with something that seems like a defect even though others don’t really notice it. It could be size, weight or proportions. For men it often appears as enduring dissatisfaction with muscle mass to the point they stop participating in social activities or intimate relationships because they don’t feel ‘big enough’. Others bulk up as a form of protection from anxious thoughts.

Anxiety and Disconnection from the Body

Disconnection from the body is often also present for those who have experienced sexual abuse. Some guys will keep persisting in sex that feels uncomfortable which in turn shapes their relationship with their partner. They can end up depressed or suffering other mental health problems.

All of these issues – sexual compulsion, unwanted porn use, body dysmorphia and psychologically based erectile dysfunction – are both expressions of and responses to anxiety. The treatment is fairly simple but benefits from regular therapeutic conversation to keep on track. Talk therapy for men can offer a breakthrough. Many guys suffer from comparing themselves to others. But every time you have sex, with yourself or someone else, how are you relating to your own body? Are you comfortable with what you are doing? Can you speak up, verbally or non-verbally, about what you would prefer? Can you practice this speaking up?

If you would like to chat about your relationship with your body, contact me. It can be worth a conversation. Problems dissolve in dialogue and solutions present themselves when there is space made for honesty.

Sustainable Psychotherapy: What is Eco Friendly Counselling and Where to find a Green Therapist