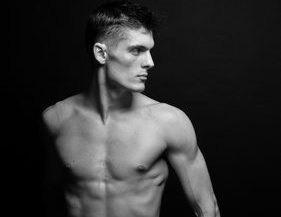 Is sex addiction really a legitimate mental health problem or just an excuse for sleeping around?

That was the question Tom Tilley used to open the Hack Live Sex Addicts programme shown on Australia’s public tv broadcaster the ABC this week. I’m sure a lot of viewers were hoping to get a handle on their sexual activity so they could start to feel more in control. But this important topic was again derailed by the usual polarising debate: is sex addiction a real disorder?

A few weeks ago a producer-researcher from the Triple J Hack Live programme contacted me. So is sex addiction real? Her question was familiar. Journalists ask this a lot. It also comes up socially at parties when someone mentions I’m an online therapist for ‘sex addiction’ concerns. The obsession about whether a diagnosis of sex addiction actually exists can chew up a lot of time, like it did on the Hack Live show. 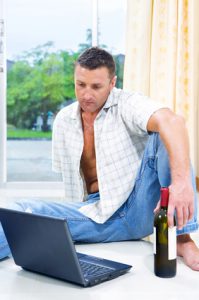 As usually happens when there is a debate asking ‘is sex addiction real‘, the meaning of addiction is similarly contested. Is sex addiction about brain chemistry or a behavioural issue or just something a person can’t stop? I don’t find these debates particularly helpful for people trying to gain more influence over their lives.

Is Sex Addiction on the Rise?

That’s another question loved by journalists and tv producers. It assumes sex addiction is one ‘thing’ when, if you ask enough questions and are genuinely curious, you’ll discover the concept of ‘sex addiction’ means many different things to many people. A one-size-fits-all approach might be a convenient way to market a tv show or sell a book but it can’t assist with such a diversity of experiences. In any case, I’m also not a statistician, so journalists are asking the wrong person here. They should be asking a researcher or epidemiologist. My speciality is counselling and online therapy for sex and pornography addiction concerns. It’s not collecting statistics or making claims about the prevalence of particular conditions.

There’s no doubt that people can experience some relief when their condition is given a label or recognised by those in authority. But recovering a sense of control goes beyond just putting your situation into the same tick-box as other people. If you’re concerned about what you’re doing sexually or how much you’re using pornography, it makes more sense to discuss specifically what is going on for you rather than generalise about other people.

By the time Hack Live finally got into questions about causes of sex addiction, about a quarter of the episode was over. One of the men on the panel mentioned childhood trauma and sexual assault as possibly influencing his behaviour. Someone else indicated that not talking about sexual activities – keeping them a secret – made it harder to feel in control. It was hinted at that depression or personal troubles might ‘trigger’ someone into losing control of their sexual behaviour. Then the show was derailed again, this time by (pseudo) neuroscience.

Don’t get me wrong, I think we can potentially benefit from understanding how hormones and the chemistry of the human body affects behaviour. But neurochemistry is a highly complex subject. Those posts about hormones and neurochemistry you see on Facebook or Twitter or Buzzfeed are generally dumbed down versions of research findings. Scientists still have a long way to go before they have a clear understanding of the role and interaction of oxytocin, dopamine, serotonin and endorphins. One panelist on Hack Live made persistent references to a ‘hit of dopamine’, ‘dopamine rush’ and how sex ‘releases chemicals into the brain… like alcohol or gambling’. I wouldn’t have been surprised if it gave some viewers the impression that sex itself was pathological. Is having an orgasm bad for you? Of course it isn’t!

When sex addiction is defined simply as a compulsion, it loses cultural context and becomes limited to an internal psychological disorder. The articulate psychologist Nikki Goldstein pointed out that rehabilitation centres are cashing in on the concept of sex addiction by treating it alongside, and in similar ways to, substance addiction. Again, by labelling particular sexual behaviour and situations as one ‘thing’ we risk failing with treatment that is specific enough to the circumstances of the person seeking help.

The most revealing aspect of the Hack Live Sex Addiction episode was what was not discussed. ‘Sex addicts’ were depicted as cheaters who betrayed their partners by picking up in bars and clubs or sneaking around looking at online porn (even on Instagram apparently). There was no discussion about the role or use of dating apps like Tinder. The difference between pornography as an enhancement to masturbation and actual sexual contact with another human being in real time was not explored. The impact of monogamy was mentioned only once and barely anything was said about cultural expectations around sexual fidelity apart from Tom Tilley’s ‘shocking’ (his words) visit to a swingers club. In what sounded like a vacation itinerary for some of my gay counselling clients, one man admitted to having sex up to three times a day with three different women. Why wasn’t anyone talking about sex addiction and masculinity or different sexual or gender expectations for men and women? Or transpeople? I wondered whether the ABC thought it might be too shocking for the audience to hear from some gay men on holiday. Sex positive activist Nev Spirovska did attempt to draw attention to the gender binary but the conversation kept returning to heterosexual sex addiction. Forget about claims of heteronormativity, I think at the very least Hack Live played it safe by not even considering gay men’s sexuality, let alone bisexuality or how to respond to a straight-identified man who goes in search of penis images on Instagram. 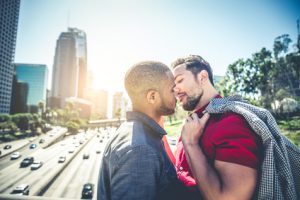 It was only really in the last 3 minutes of this hour-long programme that treatment directions for sex addiction concerns were finally raised. Cassie, the partner of self-described sex-addict Jason, had already pointed out that shame shut down conversations about sexual addiction. Then right at the end of the show she vowed that she and Jason would continue to look at the underlying issues and causes as to why he experiences these problems because generally it does stem from depression, anxiety, boredom or stress.

As an online ‘sex addiction’ therapist, this one of the most significant understandings that my clients can gain. All behaviour is a response. Anxiety, stress, boredom, depression, mid-life crises, suppressed gay (or hetero) identity, curiosity, love… all of these can factor into why we choose to act in particular ways. If we treat concerns about sex addiction – however you choose to define it – in isolation from their origins, we risk not only a relapse of the activities that are most concerning for the client, but the double-shaming that comes from a sense of failure. It also usually means no change in the sense of influence or self-agency the person has over their life.

Cassie also made the point that communication was the key to addressing sex related matters in relationship. I absolutely agree. Shame shuts down important conversations. Shame has people living double lives. In focussing on the truth claims about sex addiction, Hack Live barely touched on the diversity of stories of why we choose the sex we choose and how we can feel more in control or make choices about sex that work better for us.

If you would like to talk more about what sex means to you or have some conversation about the shame you feel about sex, contact me for an appointment.

What Are The Advantages of Online Relationship Counselling?

What is Sex Addiction?